Following the ICOM visit, an unconfirmed report from Le Monde suggests that the bas reliefs have been hacked from the tomb of the physician Qar in the north of the site.  Dr Hawass has indicated on 27th March that the situation is still bad:

I received a report on Saturday from inspectors saying they had found looters inside of a tomb! In Saqqara, I had previously reported that magazines and tombs had been broken into. Now, eight acres of land near the Mastaba el-Faraun and the pyramid of Merenre I has been overtaken by people

Dr Hawass has announced that the tombs of Maya, Horemheb and the Serapeum are likely to open, which offers further reassurance that they survived intact.  Also, Dr Maarten Raven has indicated that damage to his concession is slight, “Soon we shall try to carry out a final inspection of our site to assess the minor damage incurred (mainly some modern wooden doors which have been kicked in).”

On 15th February 2011, Karl von Habsburg and Drs. Joris Kila accompanied by the office manager of the Dutch Institute, Tilly Mulder, visited the archeological site of Saqqara on behalf of Blue Shield, having failed to reach the site the previous day.  A full report of their visit was issued on 17th February, which for Saqqara states [editor: bold added for quick reference]: 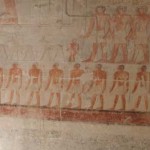 Tomb of Kagemni – the door was opened by vandals but now it was welded shut, supposedly no damage. 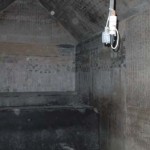 Unas Pyramid – was especially opened for the mission, obviously closed since a long time and was untouched.

Tomb of Maya – clear signs of vandalism (broken locks (photo here), broken pieces of wood), supposedly no looting. The entrance to the famous reliefs was sealed with an SCA seal so it could not be visited. It was guaranteed to be in perfect order. The mission had no real reason to doubt this, since reliefs were generally left untouched.

Tomb of Tia & Tia – cupboards for reliefs were not locked, though reliefs look untouched. Some cupboards were sealed but definitely only after the break in.

The same applies to Nefer.

Blueshield also report, “The museum and the main storage facilities next to the main office building were untouched according to the SCA inspector, but could not be visited.”  However, the SCA inspector’s report might be incomplete as the same day Dr Hawass reported:

Dr. Sabri Abdel Aziz, Head of the Pharaonic Sector of the Ministry of State for Antiquities Affairs, reported to me the following incidents: At Saqqara, the tomb of Hetepka was broken into, and the false door may have been stolen along with objects stored in the tomb [3rd March: carved stone blocks reported stolen]  … In addition, break-ins have been confirmed at a number of storage magazines: these include ones in Saqqara, including one near the pyramid of Teti, and the magazine of Cairo University.

(The best online picture of the false door is on the Echo site.)  There was good news, however, in October 2011 when it was announced that two of the four reliefs stolen in 1986 from the tomb of Hetepka had been recovered.  I also received an email inJanuary 2012 that “Ptahsheses is fine and untouched”.  The reliefs have been inspected and there is no obvious sign of damage, nor sign any attempt was made to remove them.) 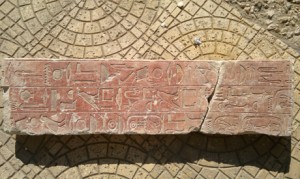 It is unclear whether the two reports do refer to the same storage magazine. If they do, then other reassurances given by the SCA inspector might also be suspect.

Reports of illegal construction the pyramid of Merenre and the Mastaba Fara’un have also appeared on Dr Hawass’ blog.