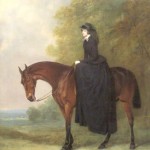 Marianne Brocklehurst was the daughter of a wealthy Victorian silk manufacturer (figure 1). On the one hand she was, by all accounts, charming, bright, and full of curiosity, with a love of travel and history. She was articulate, an engaging writer and a talented painter and cartoonist. But although her portraits show a beautiful face, Marianne had side to her that was far from angelic side to her. Travelling to Egypt in the early 1870s she became a self-confessed amateur smuggler, enthusiastically joining in with the popular pastime of purchasing black-market objects to take home. END_OF_DOCUMENT_TOKEN_TO_BE_REPLACED 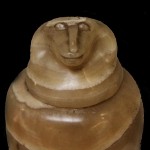 The Egyptian items at the Lady Lever Art Gallery, Merseyside

To call William Hesketh Lever an entrepreneur or a visionary would be to pin him down, to imply a limit to the scope and depth both of his personality and his achievements. Lever was both these things, but he was so much else besides. He was a philanthropist, an innovator, a skilful salesman, a marketing genius, politician, eccentric, fanatic, occasionally a tyrant, even on occasion an inventor, a supporter of the rights of women, factory workers and the elderly, an enthusiastic ballroom dancer and always a family man. He made some grim mistakes, particularly with respect to his Pacific and African ventures, but his astonishing contributions to social progress in England are spectacularly praiseworthy, and he was knighted for them. Amongst his various extra-curricular obsessions, which included architecture, ferns and gymnastics, the 1st Viscount Leverhulme was a dedicated collector. END_OF_DOCUMENT_TOKEN_TO_BE_REPLACED

Grand Hotels of Egypt is essentially a book about the influx of western visitors into Egypt after Napoleon had departed and Anglo-American style infrastructure had arrived in the nineteenth and early twentieth centuries. Using contemporary accounts and photographs, cartoons and some remarkable marketing material in full colour, Andrew Humphreys explores the role of the grand hotels of the day in the constant swirl of people as they experienced Egypt’s towns and cities. END_OF_DOCUMENT_TOKEN_TO_BE_REPLACED