I am a full time mother after 18 years of working experience mostly in the financial services. I became interested in ancient Egypt from the age 5. The fascination started with the Biblical story of Joseph and never stopped. I possess large library of books on ancient Egypt. Egyptology is my lifelong study. I have been a regular member of the Malta Egyptological society since its founding in 2003. I co-authored Anton Mifsud’s book ‘I Painted for the Pharaoh’ (Trafford 2010) and co-authored 4 articles with Anton for the late Bob Partridge while he was Editor of Ancient Egypt Magazine. I am involved, with Anton, in other projects concerning Mediterranean archaeology. 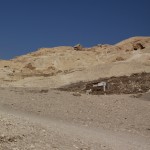 The Mystery of Psusenes III

John Gardner Wilkinson published his ‘Materia Hieroglyphica’ in Malta in 1828, having spent the previous year in Luxor recording inscriptions in the Nobles’ Tombs. The most important aspect of this volume is the inclusion of records from the Theban Tomb TTA18 which early Egyptologists used to identify pharaoh Psusenes III. As TTA18 contains the only mention of Psusenes III, some scholars are starting to doubt if this identification of an otherwise unattested pharaoh was at all correct. Others probed into the possibility that Psusenes III is the same person as Psusenes II. Yet others see Psusenes III as High Priest of Amen only. END_OF_DOCUMENT_TOKEN_TO_BE_REPLACED