I have long been an admirer of Salima Ikram, even though as a modern (sentimental) pet lover, I struggle with the insights she provides into the sometimes gruesome details of animal cults in ancient Egypt. 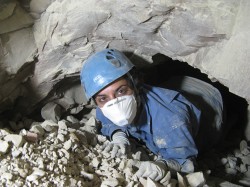 Anyone who has watched Professor Ikram’s many television appearances; heard her speak on animal mummification or read any of her many publications, cannot fail to be impressed at both her erudition and her easily accessible style of communication as she sets out her no-nonsense, non-sentimental account of the complex relationship between ancient Egyptians and the wide range of animals they worshipped, hunted, ate or preserved for eternity.

A graduate of Bryn Mawr College, where she graduated in Classical and Near Eastern Archaeology, Ikram completed her M.Phil and PhD at Cambridge, before assuming her current post as tenured Professor of Egyptology at The American University of Cairo. Combining a busy teaching schedule with an equally busy dig schedule, Ikram is currently co-director (with Corinna Rossi) at the North Kharga Oasis Survey, a strategically significant oasis of the Western Desert.  The Kharga Oasis is an, as yet, largely unexplored site with an archaeological history ranging from the Prehistoric to the Nineteenth Century AD.  In addition, Professor Ikram founded and co-directs the Animal Mummy Project, based at the Cairo Museum.

She recently took a short break from her hectic schedule to answer some questions on her work on the Animal Mummy Project:

Professor Ikram, what prompted you to set up the ‘Animal Mummy Project’ at the Egyptian Museum, Cairo?

SI: When I was little I visited this room and was fascinated by it. Later, when I moved to Cairo, I found the room shut-up and rather ignored,  so I decided to stage a rescue as it is filled with extremely interesting and beautiful examples of animal mummies that allow one to better understand the environmental history of Egypt, religious changes, and mummification technology.

Of all the animal mummies in the collection at Cairo, do you have a favourite?

SI: That is hard to say; the massive crocodile with the baby crocodiles in its mouth and the shrew mummy in the coffin are two of my favourites, and of course the adorable sad monkey and the stoic dog.

It has sometimes been assumed that ancient Egyptians had a great love for animals including cats, dogs and birds.   The reality of mass breeding of animals for votives or offerings might question this assumption. What are your views on the relationship between ancient Egyptians and animals?

SI: I think that one can have a passion for a particular animal (one’s pet) and then countenance the mass breeding of a group of these, giving them as offerings to a god – in which case they live eternally with the god, which is no bad thing, perhaps?   I think that the ancient Egyptians were pragmatists, and only some could afford sentimentality.

Lions have rarely if ever been found in mummified form; why do you think this is so? Lions and lionesses have such a firm place in ancient Egyptian iconography.

SI: A lion burial – maybe once mummified, but not well, has been found at Saqqara. I remain optimistic that we will find the lion catacombs at Saqqara in the future.

Animal breeding, mummification and trade as votives must have been big business at places like Saqqara?

SI: We are still searching for details on the economics of this sort of venture. Current work and estimates of numbers of creatures in each gallery at Tuna and Saqqara (Dog Catacombs) is helping to shed light on this question. Such enterprises were probably not fully state controlled.  There is ongoing discussion about this (Dieter Kessler has a lot to say about the subject). Presumably each temple would have dedicated priests to deal with the commercial and sacred aspects of the animal mummy.

Animals which may have been ‘pets’ appear quite often in or near elite burials. Is there any evidence that ‘ordinary’ ancient Egyptians also had a relationship with pet animals, or was life just too short and too hard?

SI: I am sure that farmers and herders had useful pets and were fond of these animals. I think dogs were more often pets than working animals for commoners, while cats were more likely used to control vermin amongst farmers.

Do you have pets?

SI: I only deal with dead animals!

Finally, Dr. Ikram, could you tell us what you are working on now?

SI: I am working with Dr. Nicholson on the Dog Catacombs at Saqqara, as well as on an ibis and falcon cemetery in Thebes with Dr. José Galán. Also, my work on the North Kharga Oasis Survey and the excavations at Kinet Höyük (Turkey) continues.

Follow the online links below to read more about Professor Ikram’s current and past work. 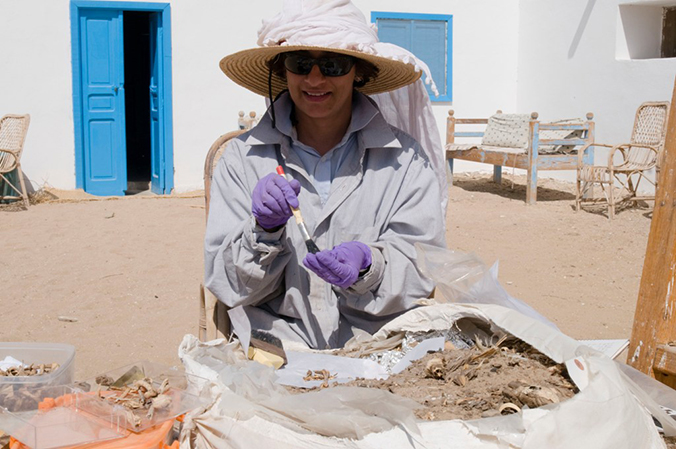 Working on an animal mummy deposit at Abydos. Photograph by Ann Williams