The two main themes of the show Find My Past: Tutankhamun are the discovery of the tomb of Tutankhamun (KV62), and the curiosity of descendents of three of the individuals who attended the opening of the tomb about their ancestors. 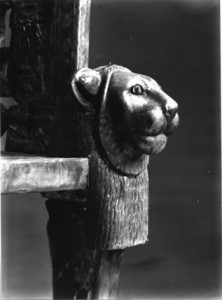 One of the many photographs taken by Harry Burton following the discovery of the tomb of Tutankhamun. Photograph 0164

As most readers will know, Lord Carnarvon funded Howard Carter’s excavations in the Valley of the Kings. Arthur Weigall was both an Egyptologist and a Daily Mail journalist, and Alfred Lucas was the forensic scientist on Carter’s team:  all three were present at the official opening of the tomb of Tutankhamun in 1922.

When the discovery of the tomb was announced there was controversy over how the response to the discovery was handled. Tutmania swept through Europe and America, and then, after Carnarvon’s death a few months later, there was widespread excitement about the possibility of an ancient curse.  The show, which turned out not to be the documentary that I was expecting but a “reality TV” offering, focuses on these themes, gathering three descendents of Arthur Weigall, Lord Carnarvon and Alfred Lucas to investigate the connection of their ancestors with the discovery of the tomb of Tutankhamun.  One of the narrator’s introductory comments, “[T]his is the compelling story of the mummy’s curse,” should have given me a hint about what was coming, but I watched anyway.

Whether the descendents were as genuinely uninformed as they appeared is impossible to say. The show would not have had much to explore if they had come over as being well informed.  But Carnarvon’s great-great granddaughter expressed less knowledge about his death than most averagely informed people with a top level interest in Egyptology would have, and Weigall’s grandson has a cousin, Julie Hankey, who actually wrote a biography of Weigall.  The gaps in the knowledge of Lucas’s great-great niece are far more understandable, because Lucas is so frequently overshadowed by Carter in any accounts of the discovery of the tomb.

The show jumps between scenes of the descendents finding out information about each of the three men, via computer, interviews and archive documentation and film footage.  The show’s presenter offers insights into the impact of the discovery on the imagination and fashion of the contemporary West, the controversy over the way in which press access to the discovery was restricted, and of course the curse.  The overall effect is very fragmented, switching constantly between descendents and their so-called discoveries about their ancestors.

The final part of the show looks exclusively at the curse, and how Carnarvon died, exploring the idea that the instead of an infected mosquito bite (the usual explanation) his death could have been caused by the aspergillus fungus (which can damage immune-compromised systems).  It was suggested that it may have lain dormant in the tomb.  One of the researchers looking at this possibility speculated that the fungus could have been planted with a desire to protect the tomb.  Unsurprisingly, the results were inconclusive.   If you don’t like the mosquito story, and if you do like the curse and want to make a mystery of it, then the mystery of Carnarvon’s death remains unresolved.    The three descendents were thankfully unimpressed by the curse and decided to vote against it. 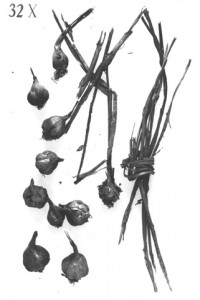 Harry Burton’s photographs from the tomb of Tutankhamun included edible offerings, as well as furnishings and jewellery

On the upside, if you know nothing about the story (however unlikely that seems) there might be some new insights, there are some really good contemporary photos (although you can also find these freely available on the Griffith Institute website), some short pieces of original film footage, and some amusing photographs of contemporary Tutmania.  It was refreshing to see something about Weigall and Lucas rather than hearing yet again about Carter and Carnarvon.  Finally, it was good  to see Christopher Frayling, Julie Hankey and Joyce Tyldesley, who had some very useful points to make.

On the downside, it is such a shame that such a great topic should be so thoroughly undermined by the need to drag in the descendents and make it fashionable reality offering. It is such a good story in its own right that it doesn’t need with this sort of artifice to make it more digestible or interesting. The time wasted showing descendents learning about their ancestors would have been much better used by telling the viewer more about those ancestors.  There is so much to say about the discovery of Tutankhamun that an hour devoted to any one of the three men would have been time well spent. Watching three people reading records at a computer and discussing their ignorance of these remarkable people was a melancholy experience.   Even Christopher Frayling, Julie Hankey and Joyce Tyldesley,  as good as they were, didn’t manage to salvage the show. A show centred around the three of them would have been worth watching.

The reason for the show’s various weaknesses is probably that it is a vehicle for advertising the Find My Past website, which is constantly mentioned as part of the process of searching for details about Carnarvon, Lucas and Weigall.  In fact, most of the knowledge in the show is available from any of the books that are available about Tutankhamun.    Even the most basic book on the subject gives a more coherent account, and the Griffith Institute website is there for free with its archive of the KV62 excavation records and its great collection of Harry Burton photos.

In conclusion, I feel that I wasted an hour of my evening watching something that, in trying to promote a product, took the guts out of a really fascinating piece of modern history, creating instead something very limited, leaving the reader with fragments of information loosely held together by a very artificial televisual device.  Very disappointing.