A very warm welcome to Edition 10 of the Magazine. 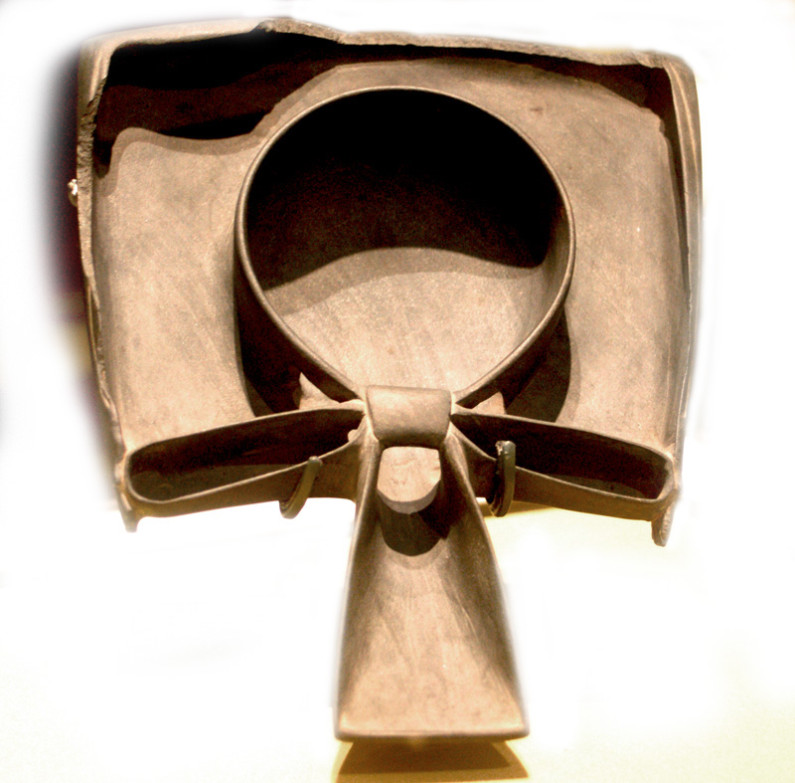 Libation vessel in the form of an ankh. Metropolitan Museum of Art (MMA), New York.

First, it is with enormous pleasure that we welcome back Brian Alm to the Magazine.  Brian has penned a new series for Egyptological:  “Read Like an Egyptian” — Art in Ancient Egypt.  In Part 1 Brian begins with how art should be defined in the context of ancient Egypt is defined, the role it performed, and its connection with the divine.  Brian introduces us to the key concepts, the themes that run through all Egyptian belief and can be identified repeatedly in Egyptian art, and explains how these tie into Egyptian ideas of life and death.  He addresses the reasons for the highly stylized designs that lasted for 100s of years, investigates the canons of Egyptian art and explores the techniques employed by the artists responsible for executing the designs.  It is a beautifully written insight into what Egyptian art was for and the ideas that it communicated.  And, as usual with Brian’s work, it is thoroughly engaging and involving.

We are very glad to welcome Dr Garry Shaw to Egyptological, with our thanks for agreeing to be interviewed about his book “The Egyptian Myths. A Guide to The Ancient Gods and Legends (Thames and Hudson 2014).  We asked our readers both here and on Facebook to contribute questions, which were added to those that I had myself, and together made up 20 questions for Dr Shaw.  You an see the interview in Egyptologically Speaking:  Interview with Dr Garry Shaw about “The Egyptian Myths.”  I was particularly impressed, when I read “The Egyptian Myths” with the clarity of the thinking and the way in which Dr Shaw’s fluent style of writing communicates some often very complex concepts.  For those who have not yet read the book, the interview explains why Dr Shaw was interested in writing a book on a subject already discussed by other authors, and how his approach differs from them.  He explains why he feels that mythology is important and what role it may have had in Egyptian life.  At the end, he also reveals his favourite myth.

Finally, continuing my interest with minor and localized deities, Andrea Byrnes has contributed an article about Meretseger, a serpent deity unique to Deir el Medina: Meretseger: She Who Loves Silence. The cobra deity at Deir el-Medina.  With no narrative myths surrounding her, she is often an elusive deity, but she was chosen frequently by the residents of the village in an expression of personal piety, and the stelae dedicated to her offer insights into her role and her character.

In our Magazine Reviews section our main article is by Dylan Bickerstaffe, Book Review: Zahi Hawass, Discovering Tutankhamun,  a review of the glossy Zahi Hawass offering,  Discovering Tutankhamun. From Howard Carter to DNA published by the American University in Cairo Press, 2013.   As one would expect from Dylan, his approach which is both analytical and uncompromising, picking out the inaccuracies and inconsitencies in the text, discussing some of the problems and providing readers with a very good sense of the pros and cons of a book that has very mixed virtues.

After a visit to the exhibition Ancient Lives. New Discoveries, which looks at what information can be detected from non-invasive examinations of mummies, Andrea Byrnes wrote a visitor’s impression of the exhibits and their presentation.

Andrea Byrnes has also contributed a review of  Mysteries of the Libyan Desert by W.J. Harding King.  The book is an account of Harding King’s explorations of the Western Desert in the early 1920s, in the employment of the Geographical Society.  His job was to map the Egyptian desert areas to the west of the Nile.  He used Kharga, Dakhleh and Farafra as starting points, and his accounts of his travels in the desert and life in the oases are intelligent and vivid, bringing the world that he found at that time to colourful life. 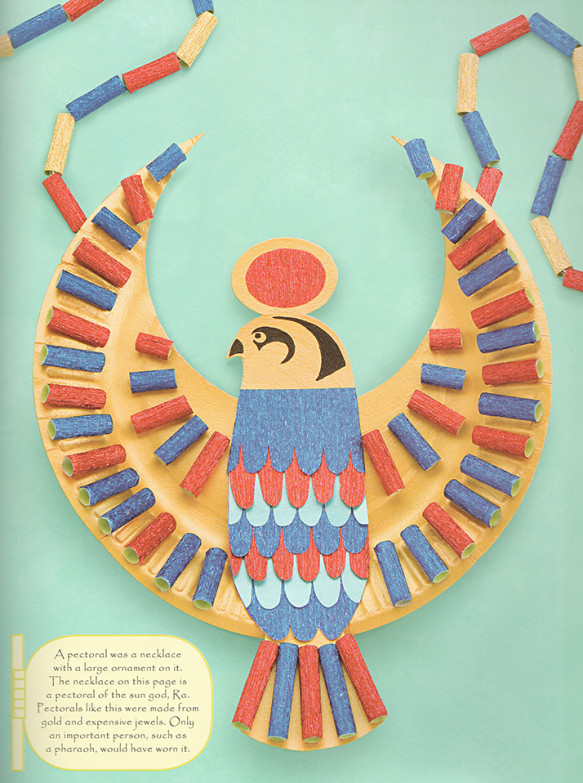 Horus Pectoral made from a paper plate

Our In Brief section also has three new articles.  The first is by Brian Alm, who has followed up on his very popular article Confessions of a Part-time Lecturer to Newcomers in Egyptology: Cheops or Khufu? with his Decoder of Greek Terms.  Gwyn Ashworth-Pratt has done an excellent job of writing up the February 2014 Dorset Study Day: Kingston Lacy, Dorchester and Bournemouth, talking about the importance of John Banks, his contribution to the early work deciphering hieroglyphs and his Kingston Lacy collection, as well as the nearby Egyptology collections at Dorchester and Bournemouth.  Finally, there is a short book review by Andrea Byrnes of children’s book Egyptian Things to Make and Do, which provides children with the guidelines to make everything from a Horus pectoral (based on a paper plate) to a set of canopic jars (with the assistance of the gold and black stickers in the centre of the book).

We hope that you enjoy it!  Don’t forget to let us know what you think or ask questions by commenting in reply to the articles or posting on our Faceboook page.

With a great many thanks to Karen Bradley Hauck for her help with the proof reading.

In in our upcoming editions:

Stuart Tyler, whom many of you will know from the Hatshepsut Project, has written a paper for the Journal section about Osiride heads from Deir el-Bahri.  I have seen the penultimate draft and we are looking forward to publishing it in the not too distant future.

Janet Robinson is hoping to contribute the final part of her Vernacular Voices series with part 3 in a future edition, with more insights into Greek inscriptions in the Eastern Desert.  If only we can drag her away from her current research into the Western Desert!

And finally, Kate Phizackerley is working on an article about encoding hieroglyphs, which will be of interest to many of us who have either flirted with or committed to learning ancient Egyptian.