Review by Andrea Byrnes.  Published on In Brief, Egyptological. May 31st 2012. 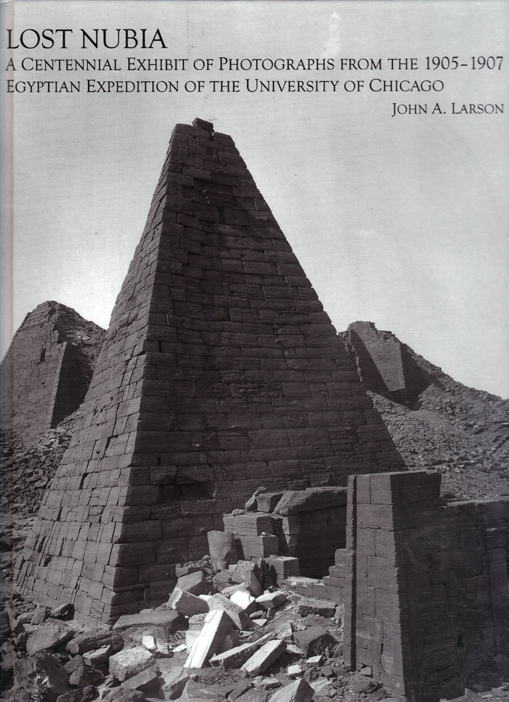 This book, produced to complement the exhibition of the same name, is essentially a catalogue of the photographs.  Preceded by a three and a half page Introduction and followed by a one and a half page Epilogue and a map of the Nile between the Sixth Cataract and the sea,  the main body of the book presents some fabulous photos in black and white from the exhibition, accompanied with detailed explanations.

The exhibition celebrated the work of James Henry Breasted, who was responsible for the University of Chicago expedition to Nubia in 1905 to record monuments that were under threat.  The exhibition was held at the Marshall and Doris Holleb Family Special Exhibits Gallery of the Oriental Institute Museum from February 25th to May 7th 2006. It was curated by John A. Larson, who pulled this catalogue together.

The book is a large format size of the book, with pages roughly 30cm tall by 23cm wide. Shiny photo-quality paper stock is used throughout.  Both the size of the pages, and the photo quality paper, display the photographs perfectly.

The book is divided into the following sections:

The Introduction provides the reader with an overview of the prehistory and history of Nubia.  Larson takes us from the A-Group c.3500 B.C. until the end of the Nineteenth Century A.D.  It is an extremely good overview, and a necessary one.  Nubia has always been in the shadow of its more famous neighbour, and this short but comprehensive précis of her past will put the photographs into their proper context for anyone who needs a reminder of Nubia’s rich cultural sequence.

The chapter next looks at a description of the creation of the first Aswan dam, creating a reservoir that endangered some of Nubia’s monuments. The purpose of Breasted’s expedition was to study and record those monuments over two seasons, in 1905-6 and 1906-7.  The organization of the expeditions is described, looking at key team members, methods used and the sites they visited and studied, focusing in the first season on Lower Nubia and in the second season on Upper Nubia.

The chapter concludes with a paragraph describing the building of the Aswan High Dam in the 1960s and the UNESCO rescue operation.

A short epilogue looks at what happened to Breasted, his wife and son, and other members of his team following their return to Chicago in 1907, and gives a brief description of the results of the flooding of Lake Nasser.

The Epilogue is followed by a full page map of Egypt and the Sudan, between the Mediterranean and the confluence of the White and Blue Nile (Khartoum), with all of the key sites clearly marked.  It is a useful reminder of how many sites there are between the First Cataract at Aswan and the Sixth Cataract at Khartoum.

The rest of the book, (pages 3 – 105) apart from the index, is made up of the black and white photographs taken during the two seasons of the expedition.  The photographs are organized geographically from the First Cataract to the Sixth Cataract.  Each photograph is given the full width of the page and is accompanied by a description of the scenes, and details of the photograph (country, location, date, photographer, original format and size, and Oriental Institute catalogue number). 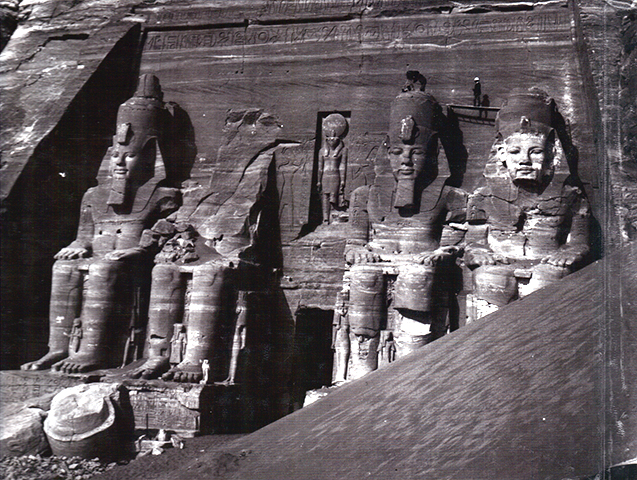 Figure 2. Image on the back cover of Lost Nubia, showing the somewhat hair-raising passage of one of the team members across a plank between the two colossal heads on the right.

The photographs are superb.  The official photographers, Friedrich Koch in season 1 and Horst Schliephack in season 2, were highly skilled, and their photographs demonstrate excellent composition, lighting and attention to detail.  Breasted himself was also clearly an accomplished photographer, often turning his camera on scenes of modern Nubian activity.  Most of the photographs in the catalogue were taken by them, but another team member, Victor Smith Persons (an American engineer who formed part of the team in season 1) captured some notable scenes of work being carried out by the team and their Nubian assistants.  One of the most remarkable photographs in the book was taken by Victor Smith Persons and shows one of the team members walking across a plank laid across two of the colossal heads of Ramesses II at Abu Simbel [Figure 2].  Breasted’s comments about the difficulties of photographing in the hot conditions mirror those that A.J. Arkell experienced in the Sudan decades later.

The descriptions do an excellent job of putting each photograph into its geographical and historical context, building up an understanding of Nubia’s place in the grand scheme of things as the book proceeds.  This means that it can be read page by page to build up an understanding of the country, or dipped into at will.

The text is well written, straight-forward and full of quotations from Breasted’s notes, recorded in his field notebook.  The notes are fabulous – not just archaeologically interesting but full of descriptive detail that brings the work and the country to life.  He describes everything from an accident at El-Dakka and his distress of losing postal connections for over 100 miles on arrival in Argo to giving details of the work that they carried out at various sites.  Here’s an example, dating to Friday February 22nd 1907 at the Temple of Khnum at Semna East:  “This afternoon we found two inscriptions at the bottom of two door-posts.  It was like wallowing in the filth of a pigsty as we lay flat in the trench trying to make out the inscriptions. One of them proves of some importance.” (p.44-45) 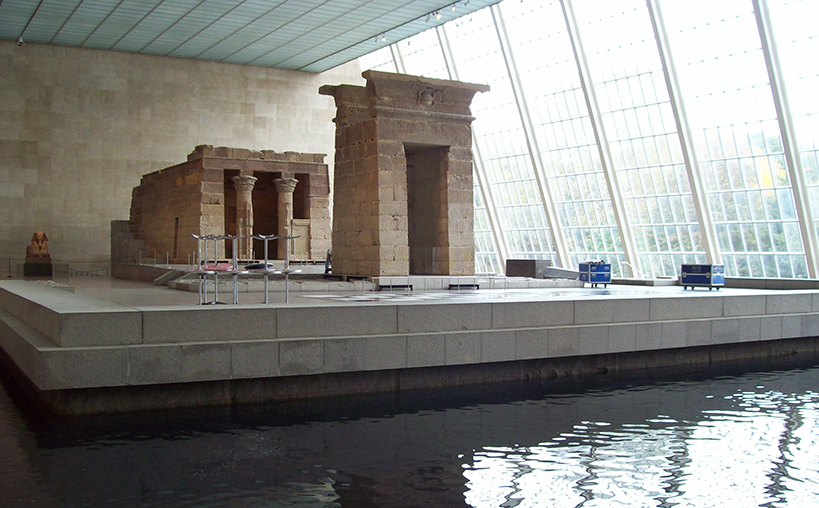 Figure 3. The Temple of Dendur in its current location in the Metropolitan Museum of Art, New York. Photograph by Kate Phizackerley

For those who have visited some of the temples in person, the sight of them in their original state will be intriguing.  The Temple of Dendur, for example, now in the Metropolitan Museum of Art in New York [Figure 3], is shown with a field of grain in front of it.  Koch’s photograph of Es Sebua is extraordinary for its stark simplicity and sense of isolation.  The photograph of a ladder leading p to the rock cut stelae south of the Great Temple of Abu Simbel, with Breasted’s dahabiya in the foreground, is dizzying in the extreme.

There are a few photographs of local Nubians that the team encountered in some of their travels, some showing members of the expeditions posing with local dignitaries or workers.  The photograph of Frances and Charles Breasted on camels in the Third Cataract area look very turn-of-the-century, but the Nubians in galabeyas and characteristic caps and turbans could have been taken yesterday.   The last photograph in the book, showing Bisharin tents near Naga, is probably very similar to what could have been photographed in the outreaches of the A-Group area in prehistory.

This is a lovely book, full of information, field notes and really excellent photographs, all of which bring the two seasons of the expedition to life.  If you are interested in the history of Nubia, the history of expedition photography, or just like looking at really lovely black and white images from the early twentieth century, this is well worth the purchase price.

The book is also available as a PDF, free of charge, from the Oriental Institute
http://oi.uchicago.edu/research/pubs/catalog/oimp/oimp24.html

The 1905-1907 Breasted Expeditions To Egypt and The Sudan: A Photographic Study
http://oi.uchicago.edu/museum/collections/pa/breasted/