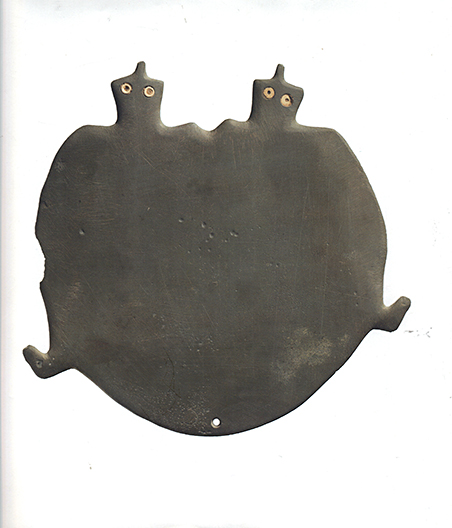 The United States was blessed with two exhibitions about the Predynastic in the last two years:  Before The Pharaohs at the Oriental Institute in Chicago (March 29th to December 31st 2011) and Dawn of Egyptian Art at the New York Metropolitan Museum of Art (April 10th – August 5th 2012).   Both museums produced books to both accompany the exhibition and serve as standalone works, edited by their curators, with contributions by a number of well-known scholars in Predynastic and Early Dynastic research.  In this edition I will look at will look at Dawn of Egyptian Art. In Edition 9 I will review Before the Pharaohs.

I was unable to attend either of the exhibitions (to my considerable regret) so this review looks at the book Dawn of Egyptian Art on its own merits.

The chapters and catalogue 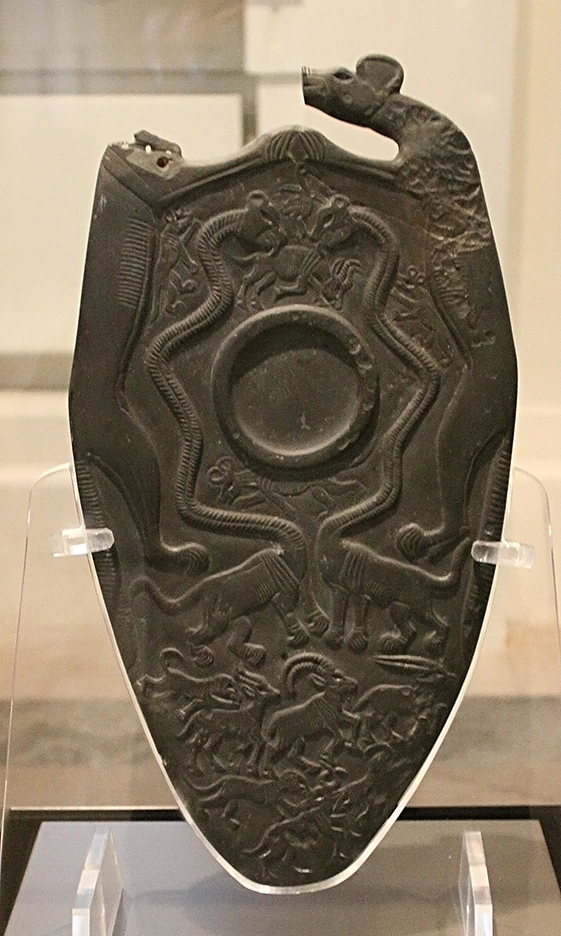 In the Introduction Diana Craig Patch sates that this book is not intended as a survey of the history of the culture of Predynastic or Early Dynastic Egypt, but of the art of this period, but at the same time she wishes to use the art to explore the connections between Predynastic and Pharaonic and to allow the construction of “a narrative of this fascinating ancient culture, one that firmly locates the foundations of Egyptian civilization in the early history of the Nile Valley.”  She goes on to look at how and when the pre-Pharaonic remains of Egypt were identified and by whom, explaining how different excavations throughout Egypt, past and recent, have revealed the varying characteristics of cultural traits.  She then gives a brief chronological overview of Egypt’s geography and the Predynastic and Early Dynastic periods.  She finishes up with three pages devoted to chronology and dating.  This is a very good introductory foundation for anyone who is not familiar with the periods concerned, and is good preparation for the chapters that follow.

From Land to Landscape is the longest chapter in the book, and the one that ties the artworks in the exhibition with the different aspect of the Egyptian landscape:  river, sky, desert and valley, bringing them together in “landscapes.”  It’s an interesting approach, emphasizing how Egypt’s valley inhabitants “first started to communicate their views of the world using images,” which reflect “nascent later beliefs and values,” (p.21) which may have passed from the Predynastic in to the Early Dynastic.  The chapter goes on to look at how various objects in the exhibition express a relationship to the geography of Egypt, exploring the early iconography.

The chapter Hierakonpolis by excavation director Renée Friedman is most welcome, but it places it in isolation, failing to tie it in with the contemporary power-houses of Naqada and Abydos.  Because no other chapters are devoted to other single sites, this gives a really skewed perspective on the development of Egypt at this time.  It is, however, an informative chapter, studded with photographs of the site and its remarkable range of high quality artefacts.  The main theme of the artice is the importance of ideas of power expressed through elaborate iconography, lavish burials, both human and animal, and ceremonial structures.

In a short two-page chapter Emilia Cortes looks at the evidence that exists for a Predynastic horizontal ground loom.  This is shown on a Naqada I-II bowl and is contemporary with the first known weaving of flax. 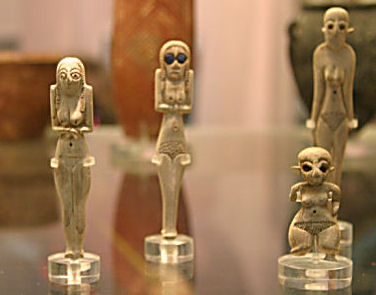 In Early Dynastic Art, Patch looks at the changes in funerary trends and the corresponding artistic traditions, with particular emphasis on how these new art forms tie into how Egypt was conceptualized, understood and communicated by those who governed their manufacture.  There is a discussion of ceremonial palettes that usefully compares themes on several of the elaborately decorated Late Predynastic/Early Dynastic greywacke objects.  As these complex and beautiful palettes have generated considerable debate, this is a welcome section, with photographs that do full justice to the original pieces.  Other topics in the chapter are enemies of Egypt, the unification of Egypt, large animal sculpture, and statuettes and figurines from shrines.  All are broken down into digestible chunks, as Patch explains the types of object and examines their roles.

Marianne Eaton-Krauss looks at Sculpture in Early Dynastic Egypt, a topic that overlaps with the previous chapter’s remit.  Its emphasis, however, is on the beginnings of monumental sculpture and the development of the characteristic features associated with the sculpture of the Old Kingdom. 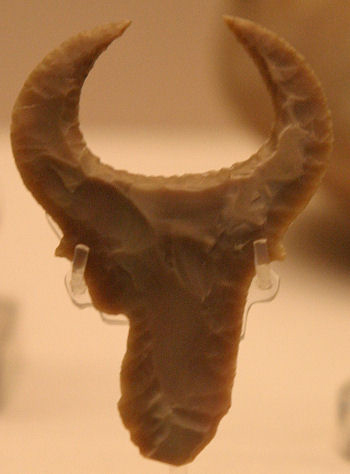 Ann Macy Roth helpfully evaluates early ideas of divinity in her chapter Objects, Animals, Humans and Hybrids: The evolution of Early representations of the Divine.  At only eight pages long it is quite sort, but it is one of the highlights of the book.  In particular she looks at ideas that were preserved in later forms of expression, such as hieroglyphic symbols for divine elements, particularly “god” and the importance of animal divinities.  Her approach is deliberately conceptual, only making statements about the association of specific Pharaonic deities with pre-Pharaonic symbols and icons when there is sufficient data to speculate intelligently and plausibly on the subject.  She also looks at how certain animal deities might have grown out of entirely different icons – like the worship of Seth in the form of a was sceptre and the evolution of the goddess Bat from a sistrum.  The increasing humanization of various deities is also discussed.

Moving forwards chronologically, David Silverman’s contribution Text and Image and the Origin of Writing in Ancient Egypt is another very welcome short piece.  Silverman discusses the development of early hieroglyphs, the blending of artistic ideas with the writing of words and the continuing problems of interpreting early signs which, though like Pharaonic hieroglyphs, are not the same as them.  He also compares the development of Egyptian and Mesopotamian forms of writing.

The chapters finish with a two-page exploration of the Stela of Raneb by Catharine H. Roehrig and Anna Serotta.  A very fine piece, carved out of red granite, it shows a Horus-topped serekhs of the Second Dynasty pharaoh Raneb (or Nebra), considering the style and method of manufacture and the differences between this and similar (usually limestone) equivalents.

Throughout the book the exceptional photographs are beautifully presented, showing up well on the good quality silk-textured paper.  It was great to see so many objects that I had never come across before (which surprised me).  Each of the photographs throughout the book is numbered by catalogue number, which relates to the list of Works in the Exhibition at the end.  Each is given a title with a period and approximate date, a short description, the current location of the object and the inventory number.  Fuller details are given in the Works in the Exhibition list, including provenance (where known), dimensions and selected references. 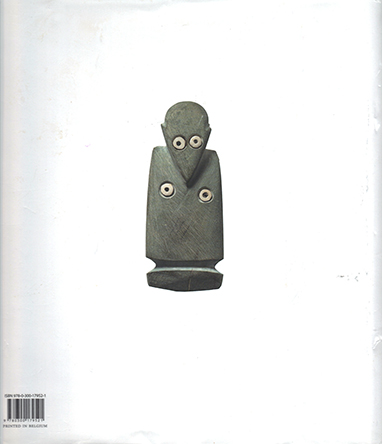 Back cover. Dawn of Egyptian Art

This is a very finely produced and edited volume.  I am not sure that Diana Craig Patch really achieved her ambition to draw conclusions about history and culture by exclusive reference to art, a somewhat dubious approach given that art is only one and very specialized product of any culture, but the book certainly presents a comprehensive view of Predynastic and Early Dynastic art.  I can imagine that it would have been a great accompaniment to the exhibition, but its role far exceeds that of an exhibition guide; it has great value as a resource for those readers interested in finding out more about the Predynastic and Early Dynastic periods.  Of less value to those with a good grounding in the periods, it is still worth considering adding to your bookshelves as one of a handful of books covering this period with some top rate visual content.

The nine articles in Dawn of Egyptian Art vary considerably in length, with the longest at 61 pages and the shortest only 2 pages long.  Those by Dianna Craig Patch are the longest, with additional articles supplementing her work and providing it with additional value.  Patch, as both editor and principal author, has managed to achieve a certain amount of narrative consistency, unlike most edited volumes consisting of work by different authors.

Many of the themes of Old Kingdom art, far more familiar to most readers of Egyptological, can be seen clearly in the photographs of the Early Dynastic and to a less obvious extent the Predynastic.  The accompanying articles discuss some of these continuities and help the reader to understand how much of the distinctive Pharaonic iconography emerged from these earlier ideas and forms of expression.

Although the book reads well and is clearly aimed at an audience that may have little prior knowledge about early Egypt, I feel that it would have been improved by the addition of an introductory chapter about the Predynastic and Early Dynastic, to give less informed readers a good set of foundations for the subsequent articles.

Although this is a beautifully produced book, with really stunning photographs of the Predynastic art shown in the exhibition, it is no coffee-table book, and those interested in the Predynastic period will not only enjoy the range of artefacts shown but  will also benefit from the information contained within this attractive book’s covers.