By Andrea Byrnes. Published in Egyptological, In Brief,  18th April 2013

The goddess Neith was one of Egypt’s oldest known deities, very well documented from the Early Dynastic period, when Egypt was first brought together under one ruler ((figure 1).  She is very familiar from later periods, becoming particularly popular in the New Kingdom and Third Intermediate periods.

Over the millennia she was endowed with numerous attributes: a creation goddess, a sky goddess, a protector of the king (with Isis, Nephthy and Serket), protector of one of the Four Sons of Horus, the mother of Sobek, and the consort of Seth, occasionally associated with snake, cow and pig.  So where did she come from?  The first period for which it is possible to paint a coherent picture of her is the Early Dynastic.

The Early Dynastic refers to the period of Egypt’s history that follows the country’s unification, traditionally by Narmer, immediately preceding the Old Kingdom.  It consists of two dynasties, which  appear to represent inherited rule through the male line. 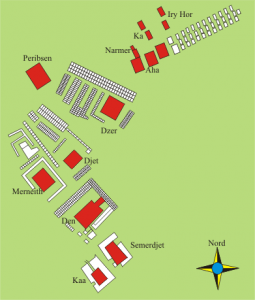 The data for any deities from this period are far less informative than in later periods – there are no detailed myths, funerary texts or images on tomb walls.  Records of the earliest deities are limited, and include sealings, wood and ivory labels, stelae, inscribed marks and brief texts on ceramic vases, greywacke sculptures,  the names of the deities themselves, and the incorporation of those names into those adopted by royal and elite personages.  Tombs of royalty at the elite cemeteries at Umm el Qa’ab in the low desert of Abydos and Saqqara to the north have been the best source of such information (figure 2).

A number of deities are known from the Early Dynastic period. Horus, whose name was adopted by all First Dynasty rulers following Narmer was the dominant deity at this time.  Early Dynastic kings usually had at least three names.  In the Second Dynasty, the deity Seth was also evidently important, replacing Horus in the royal title of Peribsen and joining Horus in the royal titles of Khasekhemwy.  Other deities worshiped at the time were Seshat, Min, Bat, Hathor, Isis, Ra, Amun, Wepwawet, Thoth and probably Ptah. 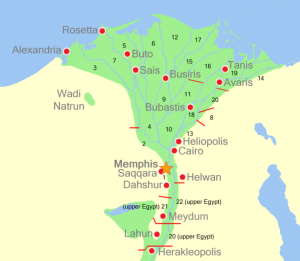 Neith was well represented throughout the Early Dynastic period and Richard Wilkinson describes her as the most important goddess in Egypt at this time. According to Joyce Tyldesley, her name is thought to mean “the terrifying one” or “that which is.”  From early times she was most clearly associated with hunting and weaponry.  Her cult base was at Sais (the Greek rendering of Sau) in the northwestern Delta, on the Rosetta branch of the river Nile (figure 3). It was an important centre in the Early Dynastic.  On the edges of the village of Sa el-Hagar, the heavily plundered remains were excavated under the direction Dr Penny Wilson (Durham University) over several seasons but although they have found remains of the Predynastic and Pharaonic periods they have not revealed much information about the Early Dynastic.

Even at this period there are a number of different emblems associated with Neith.  Those familiar with New Kingdom tomb representations of Neith  in her role as one of the four protectors of the dead (with Isis, Nephthys and Serket) will probably recognize the twin-bows symbol so often associated with her.  This symbol survives from Early Dynastic times and became the dominant emblem for her.  Richard Wilkinson states that Neith was one of the first deities to be shown in human form, during the Early Dynastic, with the two bows over her head.

Figure 4. The name of Merneith in full and simplified forms

A less familiar but very early symbol of Neith is a pair of crossed arrows over what has been interpreted as a shield, crossed bows or a pair of elaterid beetles supported on a pole, known as the bilobate sign (figure 4). During the Early Dynastic this is the most common representation of Neith, and numerous examples of it survive, often in simplified form as two crossed arrows, with shaped tips and feathered ends either with or without a pole, or simply two crossed lines.  It is  depicted on a British Museum label of Narmer’s wife Neith-Hotep (BM55589), a clay jar sealing bearing Neith-hotep’s names from her tomb in Naqada in the Metropolitan Museum of Art (1920 20.2.54), a miniature cylindrical vessel from a subsidary grave of Djer also with the name Neith-hotep, and the stelae of Merneith from her tomb in the royal cemetery of Abydos (Cairo Museum JE 34450).  A particularly beautiful example is shown on a greywacke fragment of a model temple of Neith dating from Naqada III to the First Dynasty, currently in the Royal Museums of Art and History in Brussels (E 6261). Another very fine example is a stone cylinder seal from the Oriental Institute in Chicago (OIM E10592) that is difficult to interpret but has a very clear representation of the Neith emblem.  Each nome, or administrative district, is associated with a particular deity, and in the case of the Sais nome, the bilobate symbol became its main emblem, indicating that Neith was the most important deity for this area. 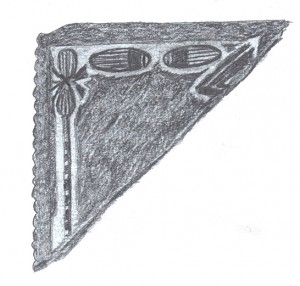 A rather more surprising symbol for her during the Early Dynastic, which survived into the Old Kingdom, was an elaterid beetle (probably Agrypnus notodonta, also known as the “click beetle”).    Although few amulets have survived from the Early Dynastic, Neith is represented in the form of this beetle in one of a set of three hollow gold amulets found in a woman’s burial in Nag ed-Deir,  the surface of which was marked with emblems of the goddess.  The above-mentioned greywacke fragment in Brussels shows two of these beetles, nose to nose, beautifully carved, adjacent to the bilobate emblem figure 5).  Another greyacke item (E 578, also in Brussels), this time a bowl from the reign of Den at Umm el Qaab, shows the beetle with arms and hands held out to the sides, the left one holding a was-sceptre, the right hand holding a staff with the top missing.  The was sceptre, which was often associated with Neith in later times, represents the concepts of power and dominion.  It is unclear why the beetle was selected for Neith, what connection was made between the deity and her image. 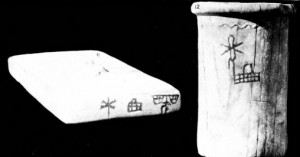 Figure 6. The name of Queen Neith-Hotep

An indication of her importance is that Neith’s name was given to royal and elite women throughout the First Dynasty. In chronological order, the following royal women were named for her in the First Dynasty:  Neith-hetep (Neith is content/satisfied-figure 6), the wife of the first king of the First Dynasty, Narmer (a Second Dynasty princess also had the name Neith-hotep), Herneith, probable wife of Djer, Merneith, (which most writers translate as Beloved of Neith, but Emery translates as Neith is Victorious), the mother of King Den and possibly a ruler in her own right.  Merneith’s daughter was also named Merneith, and both names should, in theory have been accompanied by the hieroglyph that indicated that they were women but, as often happened in later periods, it was omitted here. Other theophoric (composite) names from the period translate as “Neith fights” and “Neith is victorious,” highlighting her somewhat militant role.  It has been suggested that the presence of the name Neith in the theophoric names of royal women indicates that they were from Sais, and represent political marriages between southern kings and elite women from the north.

Out of the seventy stones with signs from around the tomb of Djer, sixteen have names compounded with that of Neith.  There are a number of references to priestesses of Neith and at least one priest. The stela of a high official of the First Dynasty named Merka, buried in Saqqara during the reign of the last of the First Dynasty kings Qaa, is particularly useful for information about elite titles at this time, and include titles that were relevant to a number of functions, including administrative, palace and religious roles.   His tomb was impressively large, including a tomb chapel and is indicative of his status.  Amongst his minor titles was Hm-nTr Nt, priest of Neith, and whilst this may have been a purely notional title, it does indicate how important Neith was in elite circles. A cylinder seal of the First Dynasty gives the name “Maat is in the Face of Neith.”   In the Second Dynasty one individual was called Hm Nt, the servant of Neith.

During the First Dynasty royal visits are recorded to various areas of Egypt.  One of these journeys, depicted on an ivory label, shows a journey by boat undertaken by the king Aha, son of Narmer, to a shrine of Neith, probably in Sais, apparently en route to Buto in the Delta.  It was found at Umm el Qa’ab and shows the earliest known depiction of a cult shrine of Neith.  A large Early Dynastic building and the presence of a number sealings from the reign of Aha support the interpretation of the label as representing an actual, rather than symbolic visit.  Tyldesley describes it as “an open compound with a simple hut at one end and what appear to be two flagpoles at the other.”  In front of the hut is Neith’s crossed-sword bilobate symbol (figure 7). 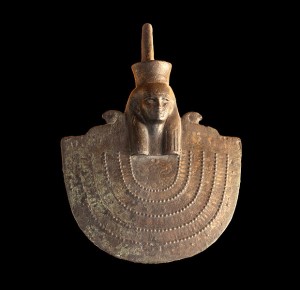 Figure 8. Representation of Neith in the 26th Dynasty

In summary, all the available data suggests that Neith was both one of the earliest deities of ancient Egypt and one of the most important, particularly in the First Dynasty.  Represented by a semi-abstract twin bows symbol, the crossed-arrow bilobate symbol and in both human and zoomorphic forms, she formed a model for the variety of forms in which a deity could be represented in later periods. She was consistently represented with the was sceptre, and in later times the ankh (symbol of life).  Neith was particularly important in the First Dynasty and, judging by the fewer representations of her name, lost some of her significance in the Second Dynasty.  She seems to have been superseded by Hathor in the Fourth Dynasty, but was reinstated in the 5th Dynasty by king Userkaf, and a temple to here was built at Memphis.   In the Middle and early New Kingdoms she again falls from view, but her position was restored in the New Kingdom and she was the subject of a considerable revival in the Twenty-sixth Dynasty (figure 8). Although her role changed over the following millennia, it is clear that from the First Dynasty onwards her qualities of strength and power qualified her as a protector of royalty and the elite, with whom she continued to be associated.

Figure 3. Sais, in the northwest Delta. This file is licensed under the Creative Commons Attribution-Share Alike 3.0 Unported
http://commons.wikimedia.org/wiki/File:Lower_Egypt_Nomes_01.png

Figure 7. Illustration of journey to shrine of Neith at Sais by Andrea Byrnes, redrawn from Emery 1961.

Kahl, J. 2007, Ra is my lord: Searching for the Rise of the Sun God at the Dawn of History, Wiesbaden

Tyldesley, J. 2006, Chronicle of the Queens of Egypt, Thames and Hudson