Welcome to our Site News page.  If you have any questions about this or any other items on the site, please post a comemnt. You can also ask us questions by email at contact@egyptologicalonline.net or on our Facebook page https://www.facebook.com/groups/egyptological.     END_OF_DOCUMENT_TOKEN_TO_BE_REPLACED 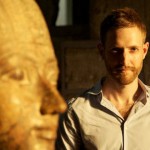 By Andrea Byrnes. Published on Egyptological, In Brief. 10th November 2013   Secret History: Tutankhamun. The Mystery of the Burnt Mummy 10th November 2013, Channel 4, 20:00 Presenter: Chris Naunton Director: Sean Smith Executive Producer: Justine Kershaw   When I saw all the newspaper reports about this show, my heart sank.  You can have enough […] END_OF_DOCUMENT_TOKEN_TO_BE_REPLACED 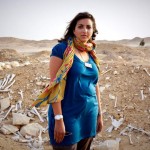 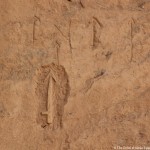 In the beginning: I discovered Gebel el Silsila by accident one could say. Back in 2007, when still a doctoral student, I visited Egypt to study relief scenes depicting Queen Arsinoë II. At the time the convoy system was still in use for those who wished to travel by car. Visitors were permitted just an hour in each temple before being rushed off to the next. So John (Dr. John Ward) and I travelled from Aswan to Edfu in a felucca instead, which allowed us the time we required in each temple. As we sailed up the Nile our captain informed us that a Pharaonic site was coming up and asked us if we wished to stop there to have a look. My first thought was that stopping there would mean a delay in an already tight schedule. But then again who was I to say “no” to a site embedded in the most gorgeous setting with cenotaphs and stelae casting their reflections on the Nile? Of course we agreed to go ashore! END_OF_DOCUMENT_TOKEN_TO_BE_REPLACED