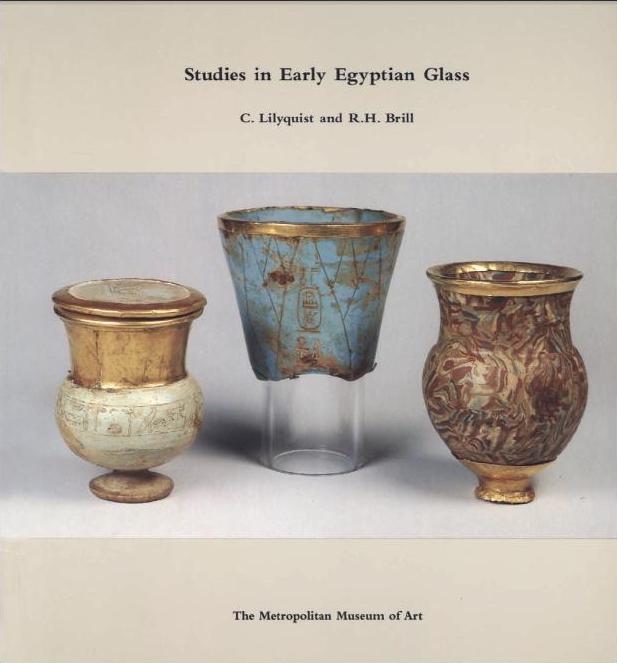 It is often the case in Egyptology that some of its most industrious scholars are little known outside of the rarefied atmosphere which occasionally envelopes the subject .  I have to confess that it was only when I began a research project on ancient Egyptian mirrors (which was published on Egyptological as  Reflections of Eternity)  that I first became aware of  Christine Lilyquist as the go-to scholar on these artefacts, and on a whole range of  other Egyptological subjects (see the links at the end of this article to some of Dr. Lilyquist’s work, available online).

Following a PhD at New York University where she specialised in the art history and archaeology of Egypt and the Near East,  Christine Lilyquist spent 38 years of her career as an Egyptologist with the Metropolitan Museum of New York.  For part of that time she was Curator of the Met’s Department of Egyptian Art.  Dr. Lilyquist organised the re-installation of the museum’s entire  Egyptian collection; the construction of the Temple of Dendur and oversaw the U.S. side of the exhibition of treasures from the tomb of Tutankhamun in the early 1970s.

From 1988 until her retirement in 2009, Dr. Lilyquist held the Lila Acheson Wallace Research chair at the Met, which allowed her to pursue her own research interests and to resume graduate teaching.

Most recently, Dr. Lilyquist has been guest-curator at The Hood Museum of Art, which houses an extensive collection of art and antiquities donated to Dartmouth College (an Ivy League University in Vermont).  At The Hood, Lilyquist spent some years researching and cataloguing the museum’s, then little known, collection of Egyptian antiquities overseeing their permanent installation.   (There is a link to a video where Dr. Lilyquist discusses her work on this project, at the end of this article).

In the following interview, Christine Lilyquist discusses some aspects of her research interests with Egyptological:

1. In  your book, “Egyptian Mirrors from the Earliest Times through the Middle Kingdom”  you focused on a corpus of artefacts which had not been systematically studied in depth before. What makes mirrors significant as an item of Egyptian material culture?

CL: I think all parts of material culture are interesting, that area is my main focus. I do confess, however, that the topic was suggested by my adviser, and what really interested me once I began was the means by which all those examples from cemeteries had been dated. Unfortunately the published work was very long in press (10 years, without a chance for updating) and I was not working with an adviser on the archaeological material, so that my analysis was not subsequently much used. Iconographically, I am especially interested in mirrors with figure handles (I wrote something about this in the O’Connor festschrift), and of course in the late mirrors where there are scenes showing presentation to goddesses. Mirrors had a funerary meaning, but also a celebratory context related to the goddesses.

3.    Although mirrors were owned by men and found amongst male tomb goods, they are rarely depicted being held by men.  Do you have a theory as to why?

CL: They aren’t associated with any gods either, unless you count Bes. I don’t know, we don’t see women holding walking staves, although they are found in female burials. Certainly mirrors were associated with beauty, joyfulness, sexuality, and women best personify those things.

4.    You have been working on mirrors from the New Kingdom to the Coptic era.  When might your latest research be available?

CL: Good question. Everything is digitized but I need to proof it, and then figure out where and how I will publish it electronically. But that is secondary to my having the time to simply review the database. I have a second subject (decorated vessels, chiefly faience relief chalices) in the same situation. 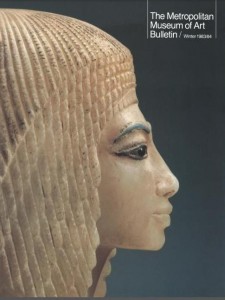 5.    What aspects of material culture would you point to as fundamental to our understanding of ancient Egyptian society?

CL: By aspects I presume you mean everything from hoes  to architecture? Funerary items of course; but I think the “major” classes are as important as the “minor,” and that we must try harder to get a complete picture of Egyptian society.

6.    Certain aspects of Egypt’s material culture– including jewellry, cosmetic items and the mirror– have assumed iconographical status through time.  Is there a reason why items related to personal appearance make up a significant portion of this corpus?

CL: Well Egyptians wanted to be eternal didn’t they, to maintain health and vitality, and cosmetics aid that. Jewelry is also amuletic. Such things were used both in life and death.

7.    We often regard Egypt’s Dynastic culture as influential upon other cultures.  To what extent do you think that what ultimately became “Egyptian” may have been influenced by other contiguous groups in the Predynastic period? So much seems to have already ‘developed’ by the time symbols on stone, ivory and rock emerge.

CL: This is a question that interests me deeply. Having studied some Ancient Near Eastern and Aegean culture, I see many (too many?) things that I think the Egyptians shared with others. Who did it first; or was the new item created -because of- that contact, as a hybrid? I know little about the Predynastic period, but imagine the questions are pertinent there too.

8.    You ventured into the Theban wilderness in your re-excavation of the tomb of three foreign wives of Thutmosis III.  How important is archaeological field work to Egyptologists?

CL: I think it is, I would say essential for all of us to confront the monuments themselves. In my own case, the material culture is my primary source of information about ancient Egypt.

9.    You spent many years as curator of the Egyptological collection at the Metropolitan Museum of Art.  Do you have a favourite piece there?

CL: Probably not one; some are very beautiful, others intriguing because so personal; there are the timeless as well as the immediate, as when you see an ancient Egyptian fingerprint on a painted object. 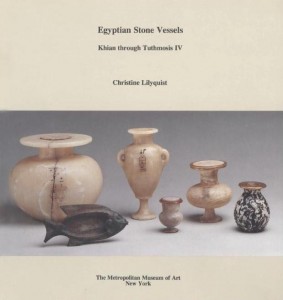 10.    Does your work on chalices, libation vessels and other containers highlight anything related to water culture which you are able to share?

CL: I’ve been particularly interested in swamps as a place from which life springs-a symbol of creation and growth. I have a little about this in an article just out in the Metropolitan Museum Journal on the Tell Basta treasure. But the chalices have the iconography too, of course.

Dr Lilyquist discusses her most recent work at The Hood Museum of Art here:
http://tinyurl.com/qdud4nn

For online links to Lilyquist publications (available to view online or as downloadable files) follow the links below:
Studies in Early Egyptian Glass (1993)
http://tinyurl.com/o5ndtlh

Lilyquist, C. 1979. Ancient Egyptian Mirrors: From the Earliest Times Through the Middle Kingdom