By Barbara O’Neill.  Published on Egyptological, In Brief, August 14th 2012 Introduction: An Overview of the Mortuary Temple In the Old and Middle Kingdoms, pyramid complexes incorporated a mortuary chapel where cult to sustain the deceased king could be maintained.  By the Eighteenth Dynasty however, the royal-mortuary temple had evolved from an integrated part of the […] END_OF_DOCUMENT_TOKEN_TO_BE_REPLACED 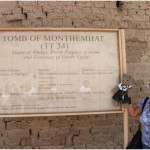 With fellow member of Sussex Egyptology Society, Amena, we made it to Chris Naunton’s talk to the Sussex Archaeology Society at the University of Sussex in Brighton on 15th March 2012 . Once inside the venue, we found a superb lecture theatre with a welcoming and enthusiastic audience. Chris called his illustrated talk Massive, Complex, Beautiful, Hidden. His title described TT37, the Tomb of Harwa at South Asasif, Western Thebes where Chris has been involved over 4 seasons. END_OF_DOCUMENT_TOKEN_TO_BE_REPLACED 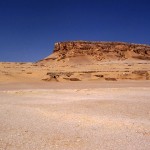 Although the religions of ancient Egypt and Coptic Christianity are fundamentally different, there are a number of parallels and similarities between the internal arrangements and layouts of the Pharaonic temples, and those of the later Coptic churches. Both Ancient Egyptian temples and Coptic churches were places of worship, each containing space designed to incorporate symbolic elements and to allow for the performance of specific activities. They were built according to certain formulaic conventions that dictated how that space should be employed by different levels of the clergy and the public. END_OF_DOCUMENT_TOKEN_TO_BE_REPLACED 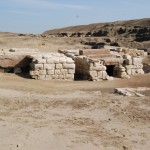 In Part 1 the political background to and development of the Third Intermediate Period was described, emphasizing the way in which power became divided, both within the Delta and between the Delta and the south, where the Theban high priests became increasingly powerful. Part 2 looks at the blending of Libyan and Egyptian traditions, with new ideas expressed in funerary practices and in the role of religious institutions. END_OF_DOCUMENT_TOKEN_TO_BE_REPLACED

Book Review: Guide to the Nubian Monuments on Lake Nasser

This travel guide covers the monuments salvaged during the building of the Aswan High Dam, which were relocated to new higher land to escape the rising waters of Lake Nasser. The most substantial and impressive of these is Abu Simbel, but other sites, like Wadi al-Sebua, the sites at New Kalabsha and the tomb of Pennut are also important and very beautiful. END_OF_DOCUMENT_TOKEN_TO_BE_REPLACED 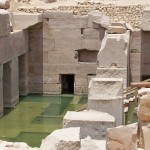 The Osireion was first excavated by Sir William Flinders Petrie, Margaret Murray and Petrie’s wife in the early 1900s. They found the tunnel and excavated towards what they called the “hypogeum.” It was full of sand and Roman filling when they began to clear it. Even before the full excavation of the site Murray speculated, convincingly, that “this was the building for the special worship of Osiris and the celebration of the Mysteries” END_OF_DOCUMENT_TOKEN_TO_BE_REPLACED