AWT Conference 2011 – Excavating in the Valley of the Kings: The Missing Amarna Royalty, and where are they?

As described in the overview of the 2011 AWT Conference which I co-authored with Andrea Byrnes (see bottom of this review),  the closing keynote lecture was delivered by Stephen Cross.  His lecture created a buzz in the room and that has continued since Andrea Byrnes and I first posted about it on our respective blogs.  We have both received a lot of correspondence: some people want to know more; some are nakedly sceptical.  In this account of his lecture, I shall present the theory as described by Cross: this is intended as reportage not as as detailed critique, although obviously a certain level of commentary is included.

Cross has been interested for many years  in the question of why the tomb of Tutankhamun, KV62, had remained undiscovered for centuries in the Valley of the Kings near modern-day Luxor until the discovery of the tomb by Howard Carter in 1922. That led him to ask why the tombs of KV55 and KV63 were also sealed until modern times. He thought that concealment by a natural phenomenon may offer an explanation.  His first theory was that the tombs had been buried by faulting, but investigations revealed that the faults in the Valley of the Kings are not geologically active.  His second theory was that the tombs had been buried by silt carried by flash floods and deposited in the central area at the confluence of three streams.  He published an article on the topic in the Journal of Egyptian Archaeology (Cross, Stephen W. (1993). “The Hydrology of the Valley of the Kings”. JEA 94: 303–310).  In this lecture he was able to provide updates about excavation and Ground Penetrating Radar (GPR) work that has since taken place.

Cross believes there is a capacity for another unknown tomb, or tombs, in the central area of the Valley of the Kings with an entrance cut immediately below, and sealed by, this flood deposit at an elevation of about 170m above mean sea level.  At the end of the 2008/9 season,  Dr Hawass arranged for the Glen Dash Foundation for Archaeological Research to conduct a radar survey of the central area and Cross reported to conference that this revealed an anomaly beneath the Rest House area which could be a tomb.  As Cross himself says, this can only be a matter of speculation until excavations clarify the matter.

Figure 1: Geology of the Valley of the Kings

Although Cross did not use the image reproduced as Figure 1, it usefully illustrates several key points he made:

Cross’s theory is simple: flash-flood alluvial silt was still being deposited on the floor of the central Valley of the Kings (by which the modern rest house is located) during the 18th Dynasty. The central area by KV62 is at the confluence of the flood streams coming down several side wadis.  At that point they collide and slow.  Slower moving water can carry less silt and debris, so it is dumped on the stream bed (usually the dry floor of the wadi) at that point.

In particular, he argued that a flood shortly after the death of Tutankhamun effectively concreted over the entrance to his tomb KV62, and those of KV55 and KV63 which were also sealed during Tutankhamun’s reign.  In the sun, the alluvial silt would have set solid and may have appeared to later excavators to be the underlying bedrock, although the 2008/9 excavations by the SCA,  to a depth of 169.26m above mean sea level, showed that Edward Ayrton had not been deceived like other excavators, and as Cross had hoped. Ayrton dug out the alluvial layer in the western section of the central area in search of tombs in 1907.  The alluvium lay below other occupation levels, with two levels of huts, built for the tomb builders, dated by the Amarna Royal Tombs Project to the 20th Dynasty and, at a lower level, the 19th Dynasty.

In 2008/2009 SCA excavations were opened outside the modern rest house, opposite KV62.  The floodwater alluvial layer revaled was very densely packed.  Unexpectedly, the excavations also revealed an unknown cave at the south (head) of central area (see Figure 2).  Although Cross suggested that it was undoubtedly used during the New Kingdom, the cave is now clean of archaeology and no evidence of any use to which it was put remains. 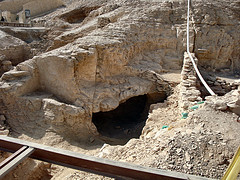 Figure 2: Natural Cave in the Valley of the Kings found during 2008

Cross reported that the SCA excavations found traces of an ancient stairway up the side wadi. (Dr Hawass has previously reported discovered of a New Kingdom pool at the bottom of the stream alongside KV8, reinforcing contemporary records that the Valley of the Kings was wetter during the New Kingdom than today, and more prone to fierce, flash floods.)  What is less well-known is that a large boulder was discovered which is covered in ancient graffiti.  One example of this graffiti, carved into the bedrock, was “Amenmopet, scribe for the tomb”.  Cross reported that the SCA recognise the importance of the the boulder and are looking in to how best to secure its future.

At the top of the side wadi alongside tomb KV8, Cross reports that a worked face on the cliffside, with visible chisel marks, was also found.  There was hope that this might be a tomb; however, the area was fully examined and no tomb entrance was located.  Sadly Cross did not show photographs of either the worked face or the boulder.

Cross believes the flood which sealed KV62 beneath alluvium can be dated to the 1st year of of the reign of Ay, the pharaoh immediately after Tutankhamun.   Cross bases this view on two key proposals.  Firstly he believes that KV62 was robbed three times as the tomb entrance showed three re-sealings according to Howard Carter’s records.  Two re-sealings bore a seal containing a cartouche for Tutankhamun; the third had no cartouche.  Cross suggests that this shows that the tomb was sealed twice during the “reign” of Tutankhamun (and therefore somewhat bizarrely that his reign extended after his death) and once in the inter-regnun between Tutankhamun.  I would suggest that this is manifestly speculative because the practice of tomb seals is unknown.  An alternative explanation would be that tombs were generally sealed with the entombed Pharaoh’s cartouche but with Tutankhamun’s cartouches already there, on the third re-sealing the extra time taken to add a cartouche was deemed unnecessary.

His second fact was that the workmen’s huts probably associated with Horemheb’s tomb KV57 are above the alluvial layer which seals KV62, although KV57 is of course somewhat higher up the wadi anyway and more work may be needed to plot the alluvial layer in that part of the Valley of the Kings before this aspect of Cross’s theory can be assessed.

Taken together, they are consistent with Cross’s suggested timing, but do not constitute definitive evidence.

Cross is clear that while his theory explains why KV62 may have remained undetected since the reign of Ay it does not directly indicate the existence of any unknown tombs.  The importance is that if any further tombs were dug during the reign of Tutankhamun and at a comparable elevation (i.e. not driven into the cliffs) then they may have remained undisturbed from antiquity because they will be sealed beneath the layer of alluvium.  Ordinarily relatively few tombs would be dug in a reign: the Pharaoh, maybe favoured wives and children, and occasionally privileged nobles.  Cross sees the importance of Tutankhamun’s reign as being the period in which the relocation from Amarna occurred: in Year 4 of Tutankhamun’s reign, Cross suggested.  He pointed out the Queen Tiye was re-interred in tomb KV55 in the Valley of the Kings (parts of her golden shrine were found in the tomb), her mummy having come from the Royal Tomb at Amarna in which fragments of her sarcophagus have been found.  [Cross did not cite a reference but I believe the relevant paper may be Raven, Maarten J., A sarcophagus for Queen Tiy and other fragments from the Royal Tomb at el-Amarna, OMRO (Oudheidkundige Mededelingen uit het Rijksmuseum van Oudheden te Leiden, Leiden.) 74 (1994), 7-20. (fig.).]  Cross sees this as evidence that all of the Amarna royals were removed to the Valley of the Kings at that time.  He believes that KV-63 was used as a temporary cache but that (at least) two tombs were needed for the re-burials, of which KV55 is one.  The other is unaccounted for.  Since the west (KV62) of the central area has been excavated to bedrock, a process of elimination suggests it may be found beneath the eastern (rest room) side with the entrance sealed below the alluvial layer.

He freely admits this is speculation, but it is at least plausible speculation and in line with suggestions I and others have previously made in our own articles.  One clear weakness in Cross’s presentation was a failure to recognise the work and contributions of others.

As I reported in the News from the Valley of the Kings on 4th September, he finished his talk with a revelation that an American survey team has located a radar anomaly in the east side of the central area which fits the profile in terms of location and elevation and looks like a tomb.  He highlighted that most of the radar anomalies identified by Nicholas Reeves and the Amarna Royal Tombs Project have now been shown to be either natural fissues or modern pipes but seems confident that the new anomaly is different – although he did not say why.  Only time and excavation will tell.

Stephen Cross’s argument that Tutankhamun’s tomb was discovered intact due to being sealed below a thick level of sun-baked flood silt seems convincing.  Has argument that this silt dates to the rule of Ay is perhaps less solidly founded in the available evidence.   His arguments about the relocation of the Amarna mummies are, whilst speculative, interesting.  Finally, it remains to be seen whether the features identified by Ground Penetrating Radar will be excavated and whether they will reveal a tomb or something else entirely.

The Conference programme offered the followig biography by AWT:

Stephen Cross is a member of the Egypt Exploration Society, the Geoologists’s Association (UK), the Merseyside Archaeological Society and the Liverpool Geologists’ Society.  He writes and lectures on the Valley of the Kings and was a adviser to the SCA excavations in the Central Valley Area dig, 2008/9 seasons.

The 2011 Ancient World Tours Conference was held at UCL, London over the weekend of 3rd and 4th September and took Amarna as its theme.  Cross was just one speaker from a high calibre platform which included prominent Egyptologists like BarryKemp and Bill Manley, through to the respected scientific journalist Joanna Marchant.

Andrea Byrnes and I have produced an overall summary and review of the conference.  Further reviews of some individual lectures will be published and linked at the bottom of this article.